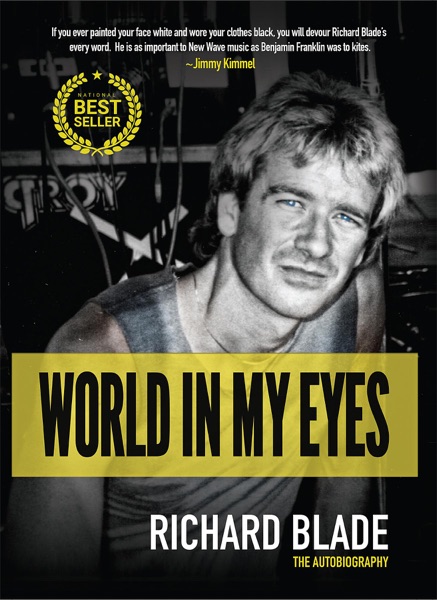 Richard Blade’s autobiography is much more than a spotlight on any one decade.   Instead, he gives you a jaw-dropping, uncensored insider’s look into the world of music, movies, and television and its biggest stars, starting in the sixties and continuing through to the new century. Richard takes you on a journey that few have experienced: from his early days as a student at Oxford to the wild, lascivious nights of being a disco DJ touring the clubs of Europe, to coming to America and working with Michael Jackson, Barbra Streisand, and Sarah Jessica Parker and finally breaking through into the L.A. radio scene and becoming the number one morning drive personality in California. From his TV and radio shows to his feature films and live gigs, Richard shares stories that have until now remained secret.  His unique perspective will take you on the road with Depeche Mode, to Australia with Spandau Ballet, into the recording studio with Morrissey, and onto the main stage at Live Aid with Duran Duran. He opens up about his friendships with Michael Hutchence and George Michael, as well as his passionate love affair with Terri Nunn of Berlin. This is a no-holds-barred look at life, sex, and death, set to a pulsing backbeat of music.  For the first time, Richard Blade shares his extraordinary story, allowing us to see the world through his eyes.