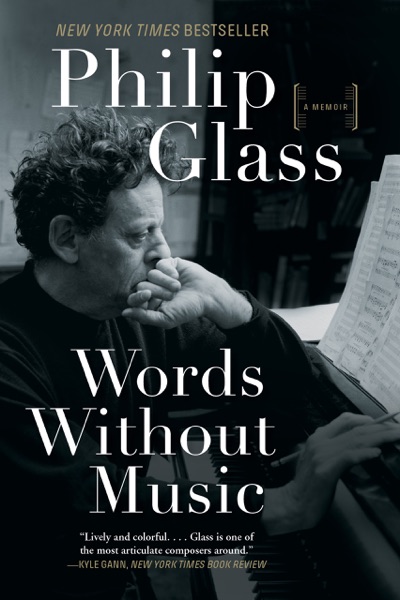 Philip Glass has, almost single-handedly, crafted the dominant sound of late-twentieth-century classical music. Yet in Words Without Music, his critically acclaimed memoir, he creates an entirely new and unexpected voice, that of a born storyteller and an acutely insightful chronicler, whose behind-the-scenes recollections allow readers to experience those moments of creative fusion when life so magically merged with art. From his childhood in Baltimore to his student days in Chicago and at Juilliard, to his first journey to Paris and a life-changing trip to India, Glass movingly recalls his early mentors, while reconstructing the places that helped shape his creative consciousness. Whether describing working as an unlicensed plumber in gritty 1970s New York or composing Satyagraha, Glass breaks across genres and re-creates, here in words, the thrill that results from artistic creation. Words Without Music ultimately affirms the power of music to change the world.