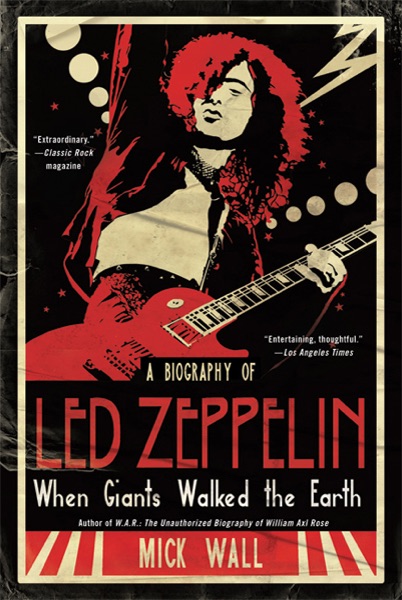 The first significant fresh reporting on the legendary band in twenty years, built on interviews with all surviving band members and revealing a never-before-seen side of the genius and debauchery that defined their heyday.

Veteran rock journalist Mick Wall unflinchingly tells the story of the band that pushed the envelope on both creativity and excess, even by rock ‘n’ roll standards. Led Zeppelin was the last great band of the 1960s and the first great band of the 1970s—and When Giants Walked the Earth is the full, enthralling story of Zep from the inside, written by a former confidante of both Jimmy Page and Robert Plant. Rich and revealing, it bores into not only the disaster, addiction and death that haunted the band but also into the real relationship between Page and Plant, including how it was influenced by Page’s interest in the occult. Comprehensive and yet intimately detailed, When Giants Walked the Earth literally gets into the principals’ heads to bring to life both an unforgettable band and an unrepeatable slice of rock history.