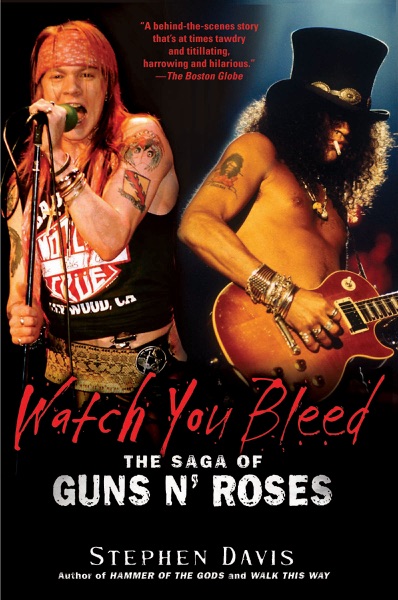 From the bestselling author of Hammer of the Gods comes the complete story of Guns N? Roses ? from their drug-fueled blastoff in the 80s to the turbulent life of legendary singer Axl Rose, and his fifteen-year, multimillion dollar quest to make the perfect hard rock album.

Riotous world tours. Drug-induced rampages. One hundred millions albums sold. In his sixth major rock biography, Stephen Davis details the riveting story of the last great rock band. Watch You Bleed documents the life of every band member, including the improbable story of W. Axl Rose. Davis brilliantly captures the Guns? raw power ? from the gutters of Sunset Strip to the biggest stadiums on the planet. Based on exclusive interviews, private archives, and packed with stunning revelations, Watch You Bleed is the savage, definitive, and highly unauthorized story of Guns N? Roses. For the first time, millions of fans will learn the whole truth about this legendary band.