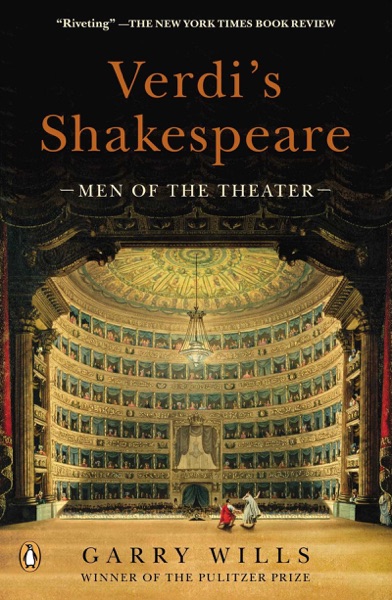 A dazzling study of the operas Verdi adapted from Shakespeare- and a spellbinding account of their creation.
In Verdi’s Shakespeare, Pulitzer Prize winner and lifelong opera devotee Garry Wills explores the writing and staging of Verdi’s three triumphant Shakespearian operas: Macbeth, Othello, and Falstaff. An Italian composer who couldn’t read a word of English but adored Shakespeare, Verdi devoted himself to operatic productions that authentically incorporated the playwright’s texts. Wills delves into the fast-paced worlds of these men of the theater, focusing on the intense working relationships both Shakespeare and Verdi had with the performers and producers of their works. We see Verdi study the Shakespearean dramaturgy as he obsessively corresponds with his chosen librettists, handpicks the singers he feels are best- suited to the roles, and coaches them intensely.

With fascinating portraits of these artistic giants and their entourages, sharp insights into music and theater, and telling historical details, Verdi’s Shakespeare re-creates the conditions that allowed Verdi to complete his masterworks and illuminates the very nature of artistic creation.