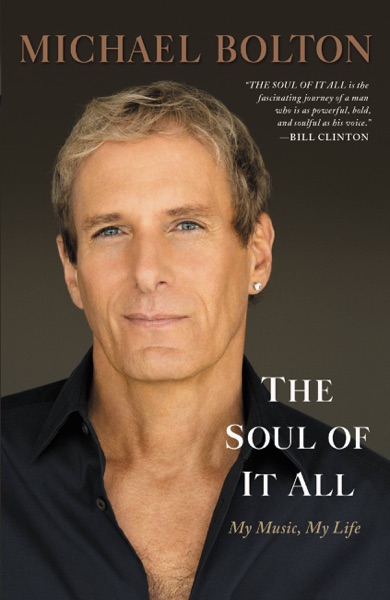 After four decades in the music industry, Michael Bolton has become one the most successful musicians of our time. THE SOUL OF IT ALL is his backstage pass into his life lived thus far-into the venues, busses, limos, and hotel rooms of stardom, and finally into his home and heart. His story will go long and dive deep, not only into his self-proclaimed “vagabond vampire” life, but also into the belly of the beast that is the music industry, with its joys, follies, and torments.

From a 14 year old kid performing in dive bars in his hometown of New Haven, CT, to struggling to provide for his wife and kids, to finally breaking through with the Soul Provider album, and going on to sell more than 53 million albums and singles worldwide, Bolton has fought for and earned a life most just dream of. THE SOUL OF IT ALL is his life, chock-full of all the incredible stories, and the star-studded cast you’d expect, including: Luciano Pavarotti, Paula Abdul, Cher, Bob Dylan, Barbara Streisand, Kanye West, Jay-Z, Lady Gaga, Otis Redding, Ray Charles, Placido Domingo, Renee Fleming, Bon Jovi, Wynonna Judd, BB King, Patti LaBelle, Carlos Santana, Nicolette Sheridan, Teri Hatcher and others…