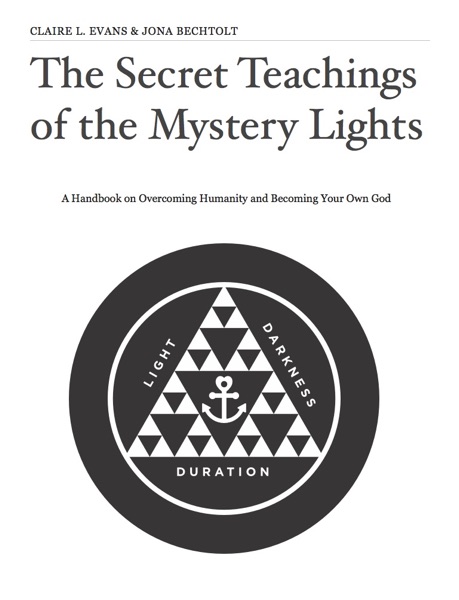 The Secret Teachings of the Mystery Lights: A Handbook on Overcoming Humanity and Becoming Your Own God is a philosophical book by the band, business, and belief system of YACHT.

It was originally published as a limited-edition printed book in 2009 in conjunction with the release of YACHT’s album See Mystery Lights. In a sense, The Secret Teachings of the Mystery Lights is a clear, text version of the ideas presented more abstractly by YACHT’s music. The original version was only sold person-to-person at YACHT concerts and events. It’s now in a new electronic edition with plenty of supplementary materials, including the official YACHT tattoo policy, the YACHT publication “On Mantra,” and a digitized version of the YACHT Catalogue of Influences 2007-2009.