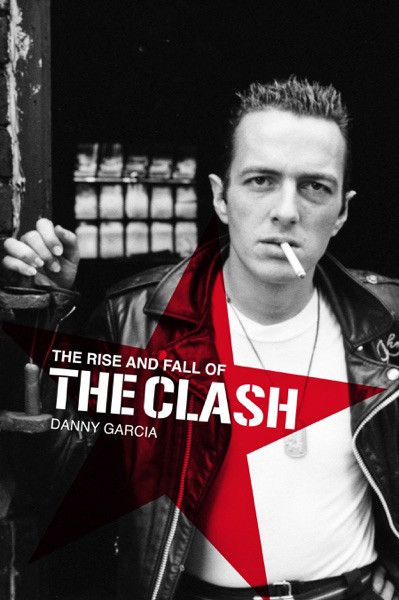 In 1983, at the height of their fame and success, punk band The Clash simply disintegrated. This is the full story of what really happened, as told to film-maker Danny Garcia by members of the band and those who knew them.

A Clash fan since his teenage years, film-maker Danny Garcia set out to discover what went wrong between his heroes, the late Joe Strummer, Mick Jones, and the rest of the band.

It took him two years to win the trust of the key players in this Shakespearian tale of ruthless ambition and betrayal but he was amply rewarded, with Mick Jones and manager Bernie Rhodes among the many who share their recollections with honesty, humour and, sometimes, regret.

This book contains the story of Garcia’s odyssey to the eye of rock ‘n’ roll’s most tumultuous tornado, the complete script of the resulting film and some previously unpublished photos of the band and their entourage.
Endorsements:

‘The whole story, warts ‘n’ all, told by those who knew them, those who were there…An engrossing labour of love which does them proud.’

Kris Needs, Rock journalist and author
‘At times hilariously funny, it can also be heartrendingly sad…’

‘The Rise and Fall of the Clash is a head-first plunge into conflict and chaos.’
The Boston Globe