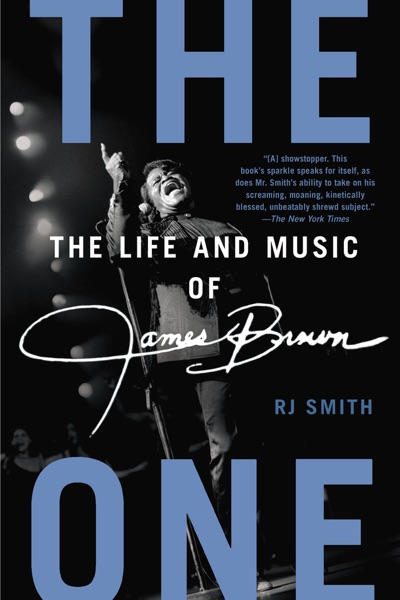 The definitive biography of James Brown, the Godfather of Soul, with fascinating findings on his life as a Civil Rights activist, an entrepreneur, and the most innovative musician of our time
Playing 350 shows a year at his peak, with more than forty Billboard hits, James Brown was a dazzling showman who transformed American music. His life offstage was just as vibrant, and until now no biographer has delivered a complete profile. The One draws on interviews with more than 100 people who knew Brown personally or played with him professionally. Using these sources, award-winning writer RJ Smith draws a portrait of a man whose twisted and amazing life helps us to understand the music he made.

The One delves deeply into the story of a man who was raised in abject-almost medieval-poverty in the segregated South but grew up to earn (and lose) several fortunes. Covering everything from Brown’s unconventional childhood (his aunt ran a bordello), to his role in the Black Power movement, which used “Say It Loud (I’m Black and Proud)” as its anthem, to his high-profile friendships, to his complicated family life, Smith’s meticulous research and sparkling prose blend biography with a cultural history of a pivotal era.

At the heart of The One is Brown’s musical genius. He had crucial influence as an artist during at least three decades; he inspires pity, awe, and revulsion. As Smith traces the legend’s reinvention of funk, soul, R&B, and pop, he gives this history a melody all its own.