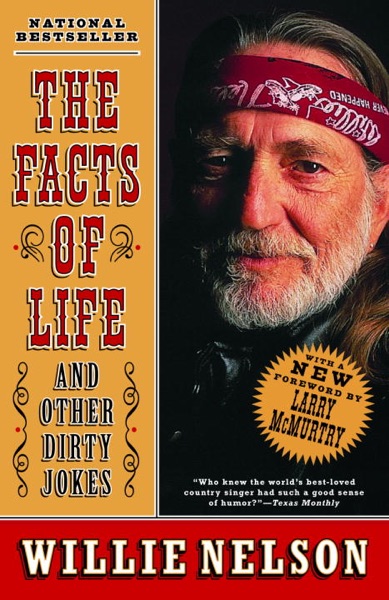 If you had to give America a voice, it’s been said more than once, that voice would be Willie Nelson’s. For more than fifty years, he’s taken the stuff of his life-the good and the bad-and made from it a body of work that has become a permanent part of our musical heritage and kept us company through the good and the bad of our own lives. Long before he became famous as a performer, Willie Nelson was known as a songwriter, keeping his young family afloat by writing songs-like “Crazy”-that other people turned into hits.

So it’s fitting, and cause for celebration, that he has finally set down in his own words, a book that does justice to his great gifts as a storyteller. In The Facts of Life, Willie Nelson reflects on what has mattered to him in life and what hasn’t. He also tells some great dirty jokes. The result is a book as wise and hilarious as its author. It’s not meant to be taken seriously as an instruction manual for living-but you could do a lot worse.