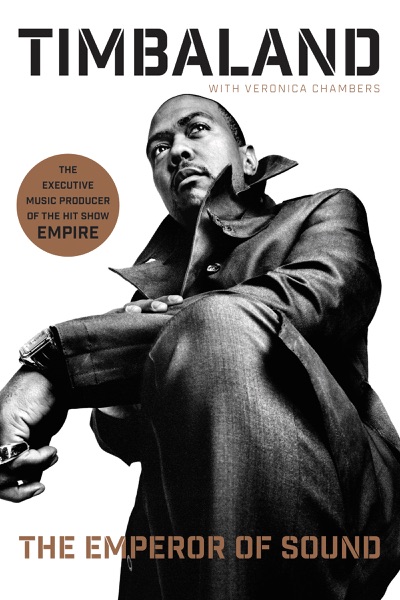 The long-anticipated inside look at the extraordinary career of the man who brought Sexy Back, the legendary producer in the pantheon of music greats as influential and groundbreaking as Motown’s Berry Gordy and a memoir of the creative process.

Hailed by the New Yorker as “the eminence grise behind half of what is great in the Top Forty these days,” world-renowned producer Timbaland has been a fixture on the pop charts, with more top-ten hits than Elvis or the Beatles. An artist whose fans are multi-racial and multi-generational, Timbaland works with the hottest artists, from Mariah Carey and Missy Elliott to Justin Timberlake, Nelly Furtado, Madonna, and his childhood friend, Pharrell Williams. Yet this celebrity is a uniquely private man who shuns parties, stays out of gossip columns, and rarely gives interviews. Deliberately choosing to tour by bus and conspicuously bling-free, he maintains a low-key lifestyle. If he’s not at the recording studio, he is at home with his family.

In The Emperor of Sound, Timbaland offers fans an unprecedented look into his life and work. Completely uncensored and totally honest, he reveals the magic behind the music, sharing the various creative impulses that arise while he’s producing, and the layering of sounds that have created dozens of number one hits. Cinematically written, full of revealing anecdotes and reflections from today’s most popular music icons, The Emperor of Sound showcases this master’s artistry and offers an extraordinary glimpse inside this great musical mind.