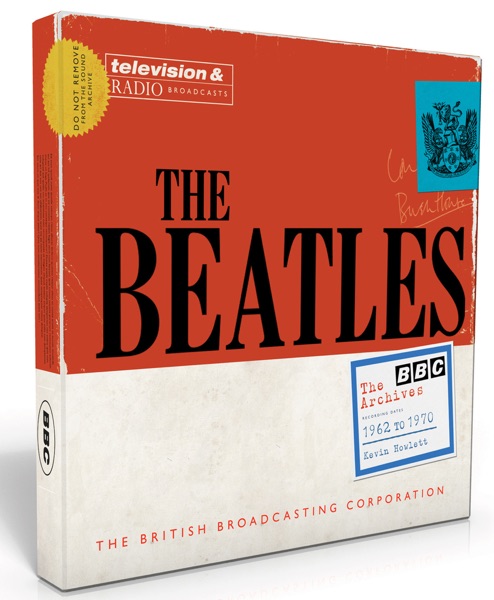 A carefully curated collection of the surviving transcripts of the Beatles’ appearances on BBC Radio and Television from 1962 to 1970, featuring commentary from author and Beatles expert Kevin Howlett and rare photographs and memorabilia from the BBC.

The year 2013 marks the fiftieth anniversary of the release of The Beatles’ first album, Please, Please Me. To celebrate this event with material that has never been in print or has not repeatedly resurfaced is a challenge. But a great deal of both—namely, never-before-seen BBC transcripts, historical documents, and rare photos—will be the main thrust of the book The Beatles: The BBC Archives. Not since The Beatles’ Anthology of 2000 has a work of this magnitude been offered.

Author Kevin Howlett delves into the BBC television and radio archives and draws on previously unpublished transcripts of interviews, as well as personal reminiscences from presenters, producers, and studio staff to reveal the creative and personal evolution of the band—from the witty, irreverent foursome of the early sixties, to the more reflective and confessional individuals before the split at the end of the decade. Each chapter details a full year in the life of the band and is introduced with an engaging text by Howlett that puts the following material into historical context. The book features rare photos of the Fab Four at the BBCs studios, both onstage and off, and eight removables documents of historical merit, direct from the BBC archive itself.

This is the story of two of Britain’s most important cultural forces in tandem . . . word for word, event by event, as it happened with verbatim, unabridged transcripts. This has never been offered to reader before; it is a significant publishing event.