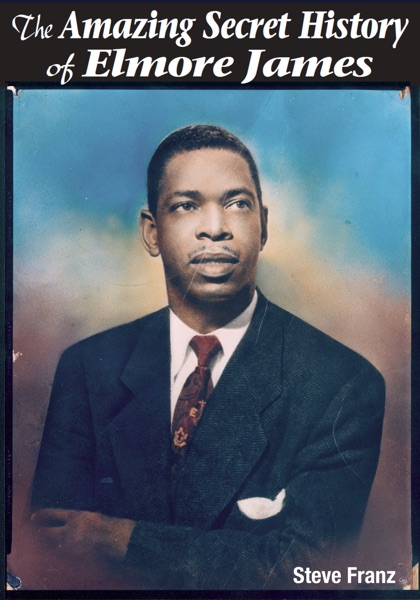 An immeasurable number of people consider Elmore James to be one of the greatest blues musicians of all time. Others say that hearing his music — even if it was just one song — was a life-changing experience for them. Now, for the first time, there’s finally a complete history of the man and his music, the beloved slide guitar legend who reputedly never made a bad record.

Born in 1918 in Mississippi, Elmore James grew up in the Delta, and cut his teeth playing in the 1930s and 1940s with Sonny Boy Williamson (a.k.a. Rice Miller) and Arthur “Big Boy” Crudup, and — prior to his death in 1938 — is rumored to have played with Robert Johnson. Making his recording debut in 1951 with his trademark song “Dust My Broom” on the Trumpet label, James was catapulted into the national spotlight when it became a coast-to-coast R&B hit, and subsequently moved north to join the burgeoning postwar scene in Chicago. With the formation of his supporting band, the Broomdusters, James led one of the tightest blues groups in the business, recording over 40 sides with this highly acclaimed ensemble. Plagued with ill-health and union troubles, James’ Chicago career ended abruptly in 1960, when he moved back to Mississippi. Bobby Robinson, the legendary Harlem record producer, continued to record James throughout the early 1960s, in what would become an artistic zenith of his career (“The Sky is Crying,” “Something Inside of Me”). Poised to make a comeback in the spring of 1963, James returned to Chicago, only to die a short while later of a heart attack at the age of 45.

More than just a biography, “The Amazing Secret History of Elmore James” features a fully illustrated discography (slightly updated for this edition), over 20 pages of photos (including several rarities), and a special chapter chronicling Elmore’s far-reaching influence upon the blues world, with a survey of “Dust My Broom”-styled recordings of the 1950s and profiles of important slide guitarists such as Hound Dog Taylor, John Littlejohn, J.B. Hutto, Homesick James, and more.

Long beloved by blues fans, “The Amazing Secret History of Elmore James” was critically acclaimed upon its original 2003 publication. Garnering praise from every corner of the globe, it has been called a “tour de force” of blues literature (Amy van Singel, co-founder of “Living Blues” magazine), and is considered essential reading for any enthusiast of this uniquely American musical art form. It was translated into Japanese in 2006, and was named, by Edward Komara and Greg Johnson, as one of the “100 Books Every Blues Fan Should Own.”