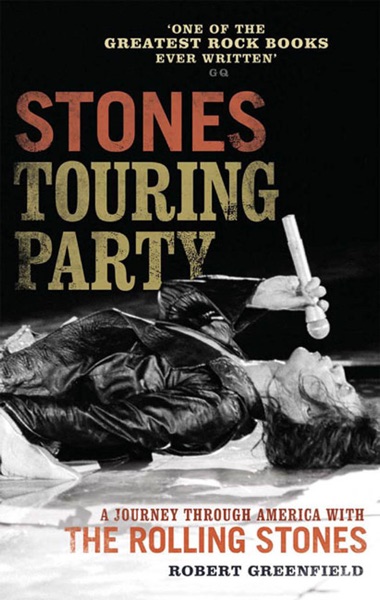 The Stones’ 1972 tour of the States was perhaps their best – and certainly most notorious – ever. Their previous visit in 1969 had ended in the nightmare of Altamont; now, three years later, they had just recorded their two finest albums, Sticky Fingers and Exile on Main Street, and were musically in their prime – if also personally at their most dissolute and debauched.
Robert Greenfield, one of America’ s finest writers, went along for the ride and came back with a riveting account of high living, excess and rock & roll fury, from the Playboy Mansion to the jail cells of Rhode Island. This was an extended tour Party, capital P, to which all America’ s hip, rich and glitzy were invited, from Truman Capote to Stevie Wonder, Annie Liebowitz to Hugh Hefner. The result has been acclaimed as one of the all-time classic music books.
Published for some years by Helter Skelter under the title A Journey Through America with the Rolling Stones, it is now reissued by Aurum under its original title with a new introduction by the author.

Robert Greenfield is also the author of Exile on Main Street: A Season in Hell with the Rolling Stones and biographies of Timothy Leary and Jerry Garcia. He lives in California.