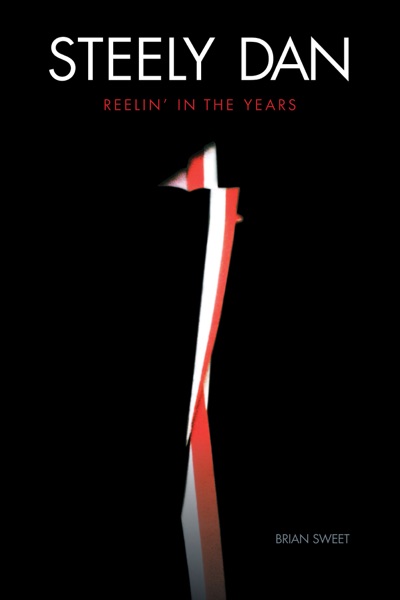 Reelin’ in the Years tell the remarkable story of the American jazz rock band who have sold over 50 million albums during a career lasting over 20 years: Steely Dan.

Walter Becker and Donald Fagen, a couple of cynical New York jazz fans wormed their way into a record contract and astonished critics with their first album Can’t Buy a Thrill in 1973. Nine albums later, they were among the biggest selling acts in the world. Steely Dan were different from the rest of rock’s super-sellers. They rarely gave interviews and, after some early bad experiences on the road, they refused to tour. They didn’t have their photographs taken and few people knew what they looked like. Steely Dan weren’t even a proper group; it was two musicians and a producer, yet every top notch player in the world lined up to appear on their albums.

This book, penned by Brian Sweet, the editor and publisher of Metal Leg, the UK-based Steely Dan fanzine, finally draws back the veil of secrecy that surrounded Walter Becker and Donald Fagen. Here is the story of how they made their music and lived their lives.