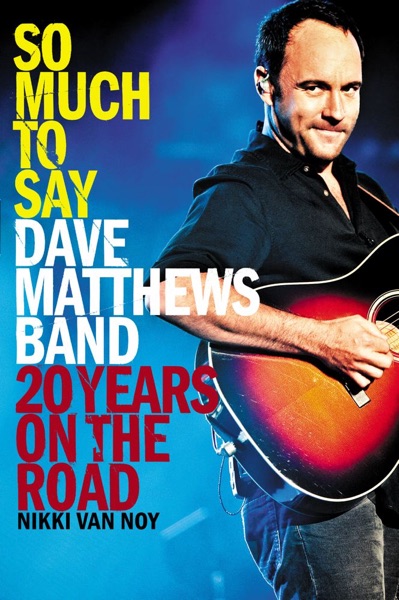 DAVE MATTHEWS BAND has one of the largest and most loyal followings of any band today—after twenty years of constant touring and several acclaimed, multiplatinum albums, the members enjoy a connection with their fans that few other acts can match. Ask DMB devotees and they’ll happily tell you tales of amazing sold-out summer shows, the stunning venues they’ve seen the band play all around the world, classic live show recordings . . . and memories of good times with great friends, old and new. For hundreds of thousands of people, affection for DMB goes far beyond simple fan adulation—it’s a way of life.

Journalist (and fan) Nikki Van Noy bridges the gap between the band and their followers, looking at the DMB phenomenon from all perspectives—including interviews with the band, Charlottesville insiders who knew them in the early days, and, of course, the DMB fans who witnessed it all. This lively, insider book offers insights into:

• The beginnings of the band in Charlottesville, VA—which gave rise to the culture of taping and trading live shows, and the early online networking that laid the groundwork for their later explosive success.

• The heady success of their first several albums—when the small “club” of DMB fans suddenly became a lot less exclusive.

• Their creative misfires in the early 2000s—including the leaked Lillywhite Sessions.

• The crushing sudden loss of saxophonist LeRoi Moore—and how the band emerged stronger than ever.

A chronicle of the live Dave Matthews Band experience and what it means to be a part of it, So Much to Say is a comprehensive biography of this incredible group and the fans who helped them achieve such enduring success.