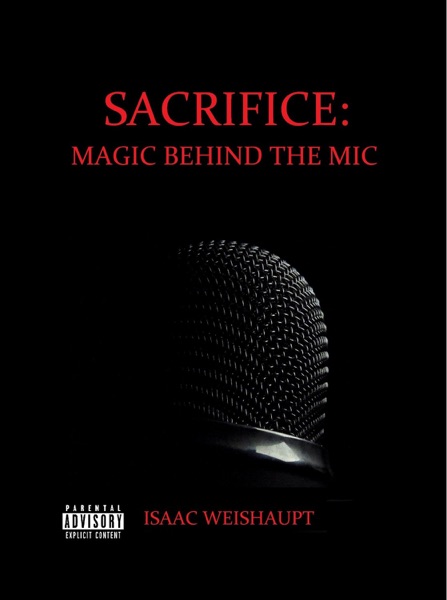 Take a journey to the dark side of hip hop where the independent researcher, Isaac Weishaupt, lays out the global Illuminati agenda for all to see. In this explicit exposé he’ll explain the origins of hip hop and tell you who the key players are that allow this manipulation to transpire. Examples of powerful occult secrets and magic rituals are presented to the reader, with an explanation of why they’re being subjected to such disorder.

Learn about the mind control and demonic possession that plagues today’s most popular rap and R&B artists as you acquire the skills necessary to become aware of the plan the music industry has to instill occultist Aleister Crowley’s ushering of the New Age of Horus.

Explore the dark corners of conspiracy theories revolving around the murder of musicians for the ancient practice of sacrifice to the blood thirsty pagan gods and selling of one’s soul in exchange for fame and fortune.

The codex for decoding all of the major Illuminati symbols is revealed in the Appendix that provides rich detail of symbols such as the All Seeing Eye, Jay-Z’s power diamond, the black cube of Saturn, and much more.

Topics explained SACRIFICE: MAGIC BEHIND THE MIC include:

· Origins of hip hop
· How the Illuminati manipulates the black culture through an industrial prison complex and negative messages in rap music
· The use of magical spells used in lyrics and music videos
· Demonic possession and MKULTRA mind control
· Magician Aleister Crowley and his occult agenda
· The ancient practice of blood sacrifice being perpetuated to this day.

Learn the REAL truth about:

· Eminem, Rihanna, and Jay-Z’s ‘Rain Man’ demonic entity
· An explanation for why Jay-Z is theorized to be in the Illuminati through examples of numerology, backmasking, secret messages, and occult beliefs
· The reason Tupac, BIG, Aaliyah, Left Eye, ODB and Michael Jackson were murdered
· Death Row Records involvement with the CIA and Illuminati
· The black Skull & Bones secret society known as ‘The Boule’
· How an FBI COINTELPRO secret program assassinated black leaders with positive messages (e.g. MLK and the Black Panthers)
· Prince and Jay-Z predicting 9/11
· Dr. Dre’s Illuminati power move to become rap’s first billionaire
· Beyonce’s spiritual channeling of Sasha Fierce
· The crossover into the Age of Aquarius with pop stars like Katy Perry, Miley Cyrus, and Justin Bieber
· Kabbalah secrets in the music industry
· How DMX, Kanye West, and Lauryn Hill all revealed the true nature of the music industry
· …and MUCH more!

Pick this controversial book up and learn all of the secrets of the Illuminati infiltration of hip hop through rational guidance and cited references where you can dig deeper into this seemingly crazy and explainable realm.