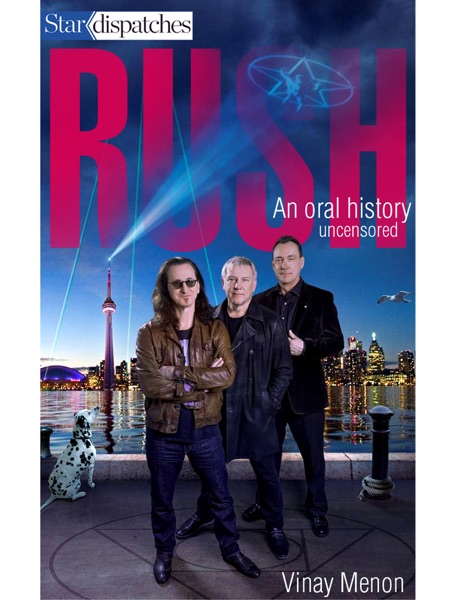 Few bands have dominated the music industry like RUSH: 20 studio albums, eight live discs, more than 43 million records sold. Creative, prolific and fiercely independent, RUSH ranks third for most consecutive gold or platinum studio albums by a rock band, behind only The Beatles and The Rolling Stones. On April 18th, they will finally be inducted into the Rock and Roll Hall of Fame. Star journalist Vinay Menon conducted separate and lengthy interviews with Geddy Lee, Alex Lifeson and Neil Peart. Granted full access, he also interviewed more than two dozen family members, friends, managers, agents and colleagues. From these interviews, the band’s history was stitched together. What happened off stage? How did the band cope with the early trappings of fame? How did they nearly throw it all away? How did the need to innovate, to explore new musical terrain, cause tension in the studio? What happened after unimaginable tragedy nearly caused them to disband?
In the words of those who were there, RUSH: An Oral History covers the flashpoints from the past four decades.
Star Dispatches is a weekly series of quality journalism in ebook form from the newsroom of the Toronto Star, Canada’s largest newspaper.