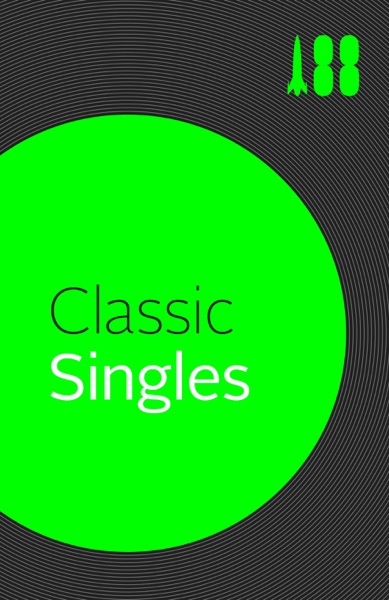 What you are about to read is the personal opinion of a team of music fans, journalists and editors on a wide variety of music tracks. Although, while that’s what they’re called in the post-iTunes world, back when they were first recorded and released, the songs discussed and celebrated in this book had been collectively known as ‘singles’, and came engraved on slabs of shellac (between 1949 and 1958 or so) and vinyl (from 1955 to 1995 or so). The singles of the latter half of the 20th century were two-sided, with the designated ‘A’ side being the version that record companies wanted radio stations and jukeboxes to play, and considered to be commercially stronger than the ‘B’ side (which often appeared only on a single’s ‘B’ side and wasn’t usually included on any subsequent LP release). Please bear with me if this is all a little ‘duhhh’ for those of you old enough to have grown up owning singles, and caring desperately whether your single was going to make the charts each week; there are now at least two generations of music fans for whom the idea of having to leave the house, travel to a specialist store, and ask someone if they could listen to a single before buying it—and receiving a physical object, wrapped in a specially designed sleeve when they hand over hard cash—is plain weird. You try telling kids today that you had to physically hunt out music and travel vast distances just to hear anything other than mainstream pop music, and they will probably laugh at you. They’d probably ask ‘Why should you care so much?’
Hopefully, this book will help explain some of why music fans of the rock ‘n‘ roll era and beyond care so much about music. The singles included are not listed in any kind of charts format, nor is it a list of singles you must hear before you die. Many of the singles included here were not the biggest-selling records of the year of their release. However, all of them are considered important milestones in the history of popular music, and all meant something to the writers who’ve chosen to highlight them. The singles included in this book add up to a short history of popular music as viewed from the hip side. There are major, mainstream hits in here, but equally there are the marginal but inspirational singles which never sold in any significant number outside of the home state of the record label who released it. There are no wilfully obscure singles to be found in this book, although there are some arguably perverse choices for ‘Single of the year’. Who’d agree that ‘My Boy Lollipop’ deserves the accolade for 1964 ahead of ‘A Hard Day’s Night?’
Prepare to be intrigued, amazed, possibly irritated — but always inspired to search out copies of each single in order to hear the magical sounds of each year between 1949 and 1999.