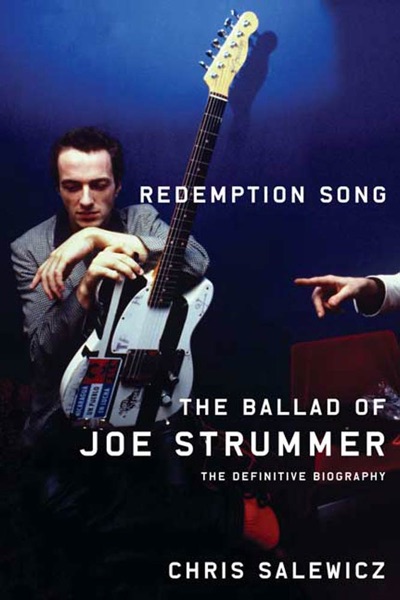 The Clash was–and still is–one of the most important groups of the late 1970s and early 1980s. Indebted to rockabilly, reggae, Memphis soul, cowboy justice, and ’60s protest, the overtly political band railed against war, racism, and a dead-end economy, and in the process imparted a conscience to punk. Their eponymous first record and London Calling still rank in Rolling Stone‘s top-ten best albums of all time, and in 2003 they were officially inducted into the Rock and Roll Hall of Fame.

Joe Strummer was the Clash’s front man, a rock-and-roll hero seen by many as the personification of outlaw integrity and street cool. The political heart of the Clash, Strummer synthesized gritty toughness and poetic sensitivity in a manner that still resonates with listeners, and his untimely death in December 2002 shook the world, further solidifying his iconic status.

Salewicz was a friend to Strummer for close to three decades and has covered the Clash’s career and the entire punk movement from its inception. He uses his vantage point to write Redemption Song, the definitive biography of Strummer, charting his enormous worldwide success, his bleak years in the wilderness after the Clash’s bitter breakup, and his triumphant return to stardom at the end of his life.