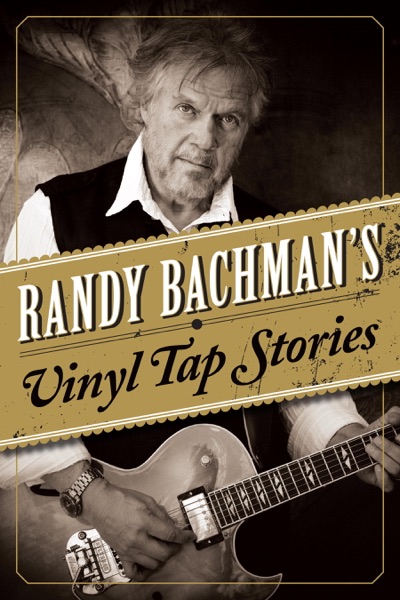 Randy Bachman has been rolling out chart-topping songs his whole life—“You Ain’t Seen Nothing Yet,” “These Eyes,” “American Woman,” “Taking Care of Business”—and, since 2005, treating fans to a lifetime of stories on his hit CBC Radio show Randy’s Vinyl Tap.
His approach is always fresh—even the most hardcore music fans will be surprised by what they can learn from Randy. Writing music and lyrics, performing live and recording #1 songs, producing new music, organizing reunion tours—Randy has done it all. Music is his life, and his anecdotes put you at the centre of it all.

These are his best stories. Even with all his success Randy is “still that kid from Winnipeg,” and his enthusiasm for great music is as strong as ever. Hear how after years of dreaming Randy finally got to see his musical heroes, The Shadows, play live, and then got to record a Shadows tribute song with longtime friend Neil Young. Encounters with celebrities and rock legends abound, but it is the music that is the driving force behind his extraordinary career, and what brings us back for more stories from Randy’s Vinyl Tap.