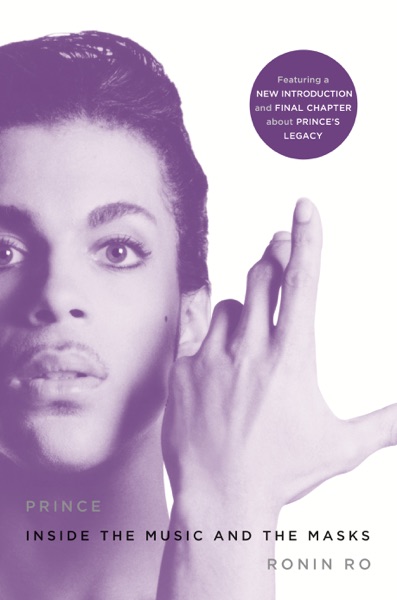 With a brand-new introduction and chapter that cover the last five year’s of Prince’s life and work and his untimely death in April 2016.

In his three decades of recording, Prince had nearly thirty albums hit the Billboard Top 100. He is the only artist since the Beatles to have a number-one song, movie, and single at the same time. Prince’s trajectory—from a teenage unknown in Minneapolis to an idol and Rock and Roll Hall of Famer—won him millions of adoring fans the world over.

Prince is the first book to give full treatment to his thirty-five-year career. Acclaimed music journalist Ronin Ro traces Prince’s rise from anonymity in the late 70s, to his catapult to stardom in the 80s, to his reemergence in the twenty-first century as an artistic icon. Ro expertly chronicles his music and career, showing how Prince and his albums helped define and inspire a generation. Along the way, Prince confronted labels, fostered other young talents, and took ownership of his music, making a profound mark on the entertainment industry and pop culture.