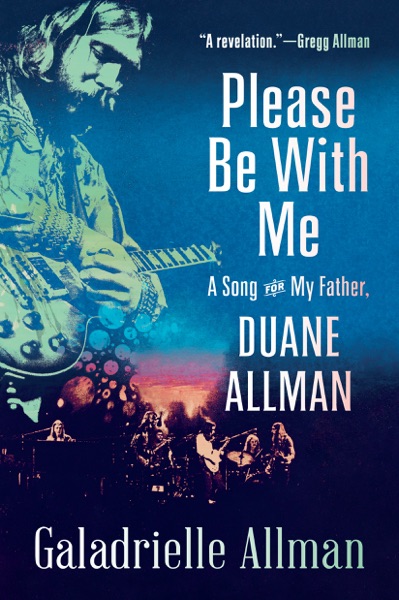 A deeply personal, revealing, and lyrical portrait of Duane Allman, founder of the legendary Allman Brothers Band, written by his daughter

“Duane Allman was my big brother, my partner, my best friend. I thought I knew everything there was to know about him, but Galadrielle’s deep and insightful book came as a revelation to me, as it will to everyone who reads it.”—Gregg Allman

Galadrielle Allman went to her first concert as an infant in diapers, held in her teenage mother’s arms. Playing was her father—Duane Allman, who would become one of the most influential and sought-after musicians of his time. Just a few short years into his remarkable career, he was killed in a motorcycle accident at the age of twenty-four. His daughter was two years old.

Galadrielle was raised in the shadow of his loss and his fame. Her mother sought solace in a bohemian life. Friends and family found it too painful to talk about Duane. Galadrielle listened intently to his music, read articles about him, steeped herself in the mythic stories, and yet the spotlight rendered him too simple and too perfect to know. She felt a strange kinship to the fans who longed for him, but she needed to know more. It took her many years to accept that his life and his legacy were hers, and when she did, she began to ask for stories—from family, fellow musicians, friends—and they began to flow.

Galadrielle Allman’s memoir is at once a rapturous, riveting, and intimate account of one of the greatest guitar prodigies of all time, the story of the birth of a band that redefined the American musical landscape, and a tender inquiry of a daughter searching for her father in the memories of others.

Praise for Please Be with Me

“Poignant and illuminating . . . brings Duane Allman to life in a way that no other biography will ever be able to do.”—BookPage

“Galadrielle Allman offers a moving and poetic portrait of her late father.”—Rolling Stone

“[Allman’s] descriptions and scenes are vivid, even cinematic. . . . The pleasure of reading Please Be With Me lies as much in its lyrical prose as in its insider anecdotes.”—Newsweek

“A compelling and intimate portrait of Duane.”—The Hollywood Reporter

“Frequently touching . . . Readers will come away feeling more connected to the man and his music.”—Publishers Weekly