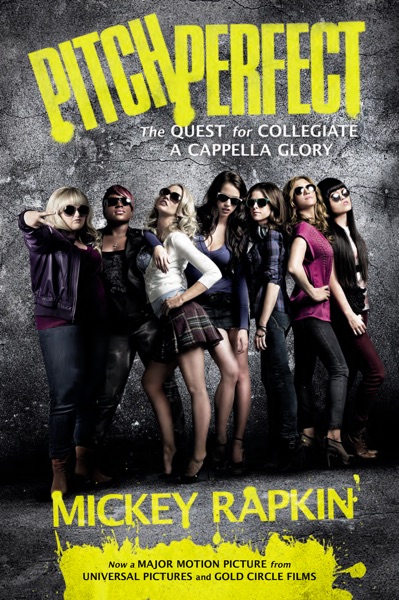 A musical tale of collegiate a cappella filled of high notes, high drama, and high jinks that inspired the hit films Pitch Perfect and Pitch Perfect 2.

Get ready to be pitch slapped.

The roots of unaccompanied vocal music stretch all the way back to Gregorian chants of the Middle Ages, and collegiate a cappella is over a century old. But what was once largely an Ivy League phenomenon has, in the past twenty years, exploded. And it’s not what you think. Though the blue blazers and khakis may remain, a cappella groups at colleges across the country have become downright funky.

In Pitch Perfect, journalist Mickey Rapkin follows a season in a cappella through all its twists and turns, covering the breathtaking displays of vocal talent, the groupies (yes, there are a cappella groupies), the rock-star partying, and all the bitter rivalries. Rapkin brings you into the world of collegiate a cappella characters—from movie-star looks and celebrity-size egos to a troubled new singer with the megawatt voice. Including encounters with a cappella alums like John Legend and Diane Sawyer and fans from Prince to presidents, Rapkin shows that a cappella isn’t for the faint of heart—or lungs.

Sure to strike a chord with fans of Glee and The Sing-Off, this raucous story of a cappella rock stars shows that sometimes, to get that perfect harmony, you have to embrace a little discord.

From the Trade Paperback edition.