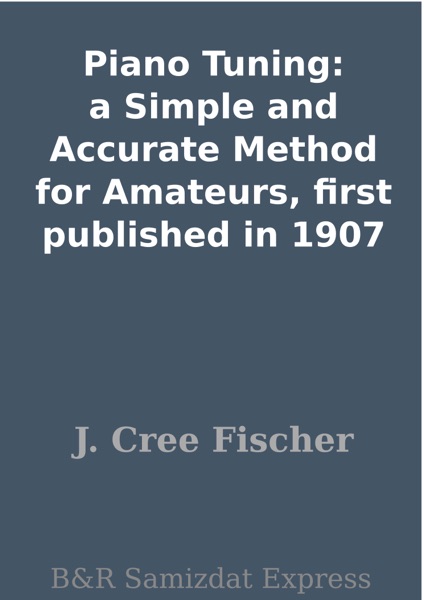 “For some years past a lack of competent men in the profession of Piano Tuning has been generally acknowledged. This may be accounted for as follows: The immense popularity of the piano and the assiduous efforts of factories and salesmen have led to the result that nearly every well-to-do household is furnished with an instrument. To supply this demand the annual production and sale for the year 1906 is estimated at three hundred thousand pianos in the United States. These pianos must be tuned many times in the factory before they are shipped to the salesroom; there they must be kept in tune until sold. When, finally, they take up their permanent abode in the homes of the purchasers, they should be given the attention of the tuner at least twice a year. This means work for the tuner. But this is not all. Presuming that the average life of the piano is about fifty years, it is evident that there exists in this country an accumulation of instruments variously estimated at from four to five millions. This means _more work for tuners_.”