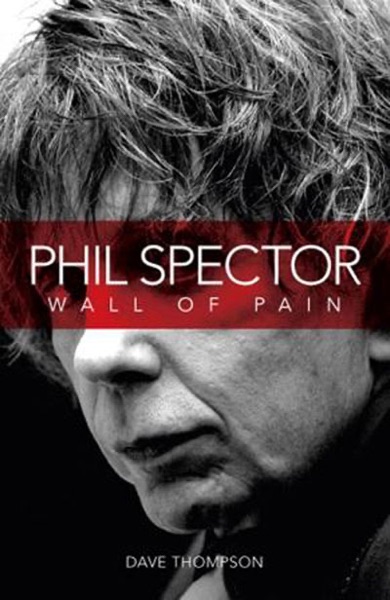 In 2009 Phil Spector, the legendary record producer, was sentenced to life imprisonment for the murder of B-movie actress Lana Clarkson. It was an ignominious climax to a life of staggering highs and scarcely believable lows. Wall of Pain, Dave Thompson’s biography of Phil Spector, has now been updated to include important details of the seemingly interminable trial.

The architect of the Wall Of Sound, Spector’s already iconic status in the music world was enhanced by his work with The Beatles. Writer and producer of countless hits, his innovative genius in the studio revitalised music production in the 1960s and changed the way we listen to music forever.

But there was always a dark side to Phil Spector. His success became over-shadowed by his reputation for eccentricity and excess, his fractious personality and fascination with handguns eventually proving a lethal combination.

Featuring interviews from those closest to him, including former wife Ronnie Spector, Wall of Pain concludes the painful tale of pop’s tortured genius.