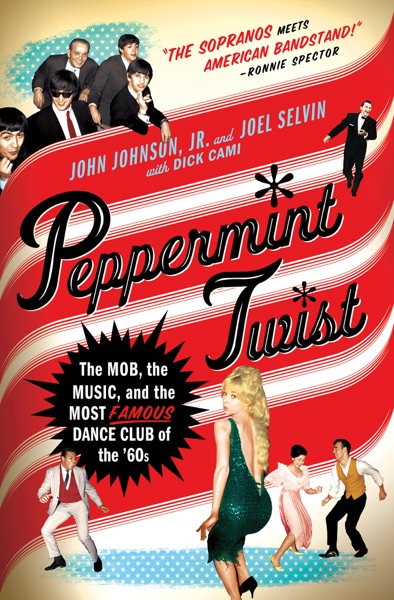 The never-before-told story of The Peppermint Lounge, the famed Manhattan nightspot and mobster hangout that launched an era

The Peppermint Lounge was intended to be nothing more than a front for gambling and other rackets but the club became a sensation after Dick “Cami” Camillucci began to feature a new kind of music, rock and roll. The mobsters running the place found themselves juggling rebellious youths alongside celebrities like Greta Garbo and Shirley MacLaine. When The Beatles visited the club, Cami’s uncle-in-law had to restrain a hitman who was after Ringo because his girlfriend was so infatuated with the drummer.

Working with Dick Cami himself, Johnson and Selvin unveil this engrossing story of the go-go sixties and the club that inspired the classic hits “Twisting the Night Away” and “The Peppermint Twist.”