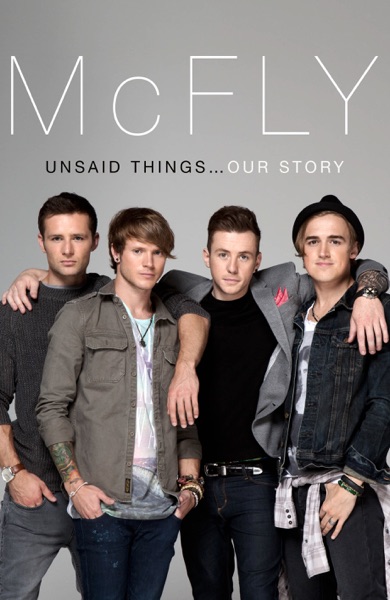 The intimate – and surprising – autobiography of Britain’s most adored band

Prepare to meet the real McFly …

In 2003, Tom Fletcher, Danny Jones, Harry Judd and Dougie Poynter came together and formed what would become one of the most popular and successful bands in the UK. Just teenagers at the time, they were catapulted into the limelight and had to adapt quickly to their new-found fame – and everything that came with it. Now, at last, they have decided to tell their story, in full and revealing detail.

Speaking with candour and their trademark humour, Tom, Danny, Harry and Dougie share both the stories of their own lives and that of McFly. They give their personal insights into their contrasting childhoods, the individual paths that led them to the band, the struggles they have each overcome, their love lives and, of course, their music.

Packed with previously untold stories, a lot of laughter and the occasional tear, Unsaid Things offers a privileged look into the lives of four guys who started out as bandmates and became best friends. Their unique camaraderie radiates from every page and by the end of the book, you’ll know them almost as well as they know each other …

Tom Fletcher, Danny Jones, Harry Judd and Dougie Poynter have been together as McFly since 2003. They hold the record for being the youngest band to have a debut No 1 album in the UK. Their hits include: ‘Five Colours in Her Hair’, ‘All About You’, ‘Please, Please’ and ‘Shine a Light’. They are one of the biggest bands in the UK.