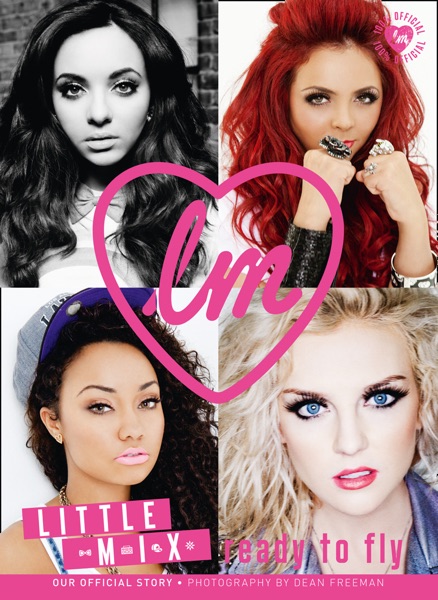 A few months ago they were just four determined girls. Then there was The X Factor, the screaming fans and the record deal – life for Little Mix would never be the same again. Now join the UK’s hottest new girl group as they sing their way to superstardom.

Last year, Perrie, Jesy, Jade and Leigh-Anne were four nervous X Factor hopefuls, waiting in the wings for their turn in the spotlight. Now they’re not only the best of friends, they’re the first ever group to win the show, they have a record deal, and are on the cover of every magazine – they’re the girls every girl wants to be.

But it hasn’t all been sparkles and glitter. From facing rejection in the early stages of The X Factor to battling bullying and personal criticism, the girls have worked ferociously for their success. Here, in their official book, they each tell the story of their amazing journey in full, from their first auditions to living out their dreams.

Stunningly-designed and packed full of unseen photos shot exclusively for the book by world-renowned celebrity photographer Dean Freeman, Little Mix: Our Story So Far provides an exclusive peek inside the world of the band as they embark on global domination.

So look out world: this is just the beginning. 2012 is the year of Little Mix – and they’re fierce.

Little Mix are Perrie Edwards, Jesy Nelson, Leigh-Anne Pinnock and Jade Thirlwall. They began their X Factor journey as four individuals before being made into a group, then called ‘Rhythmix’. With Tulisa Contostavlos as their friend and mentor, Little Mix battled their way through to the final round and ultimately became the only group ever to win.