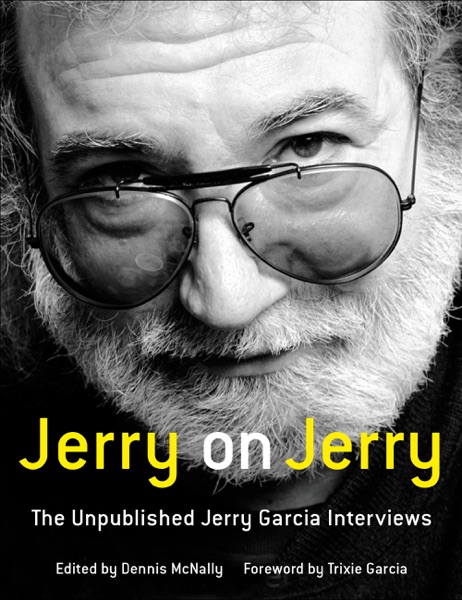 These never-before-published interviews with Jerry Garcia reveal his thoughts on religion, politics, his personal life, and his creative process. Jerry on Jerry provides new insight into the beloved frontman of the Grateful Dead in time for the 50th Anniversary of the band.

Released by the Jerry Garcia Family and made available to the public for the first time, these are some of the most candid, intimate interviews with Jerry Garcia ever published. Here, Garcia speaks openly about everything from growing up in the San Francisco Bay Area and his first encounters with early R&B to his thoughts on songwriting, LSD, the Beats and Neal Cassady, government, movies, and more. Illustrated with family photographs, ephemera, and Jerry’s artwork, Jerry on Jerry presents uniquely poignant, unguarded, and astute moments, showing a side of Jerry that even his biggest fans have not known.