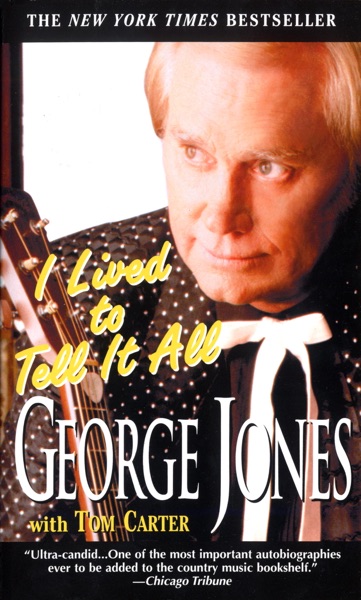 Boozing.  Womanizing.  Brawling.  Singing.  For the last forty years George Jones has reigned as the country’s king–the singer many have called the Frank Sinatra of country.  And for most of that time, his career has been marked by hard-living, hard-loving, and hard luck.  From his early east Texas recordings through his marriage with Tammy Wynette to his latest acclaim as a solid citizen and “high-tech red-neck,” Americans have been fascinated with Jones, never even knowing whether he’s going to show up for his next concert.

Now, in I Lived To Tell It All, George Jones supplies a no-holds-barred account of his excesses and ecstasies.  How alcohol ruled his life and performances.  How  violence marred many friendships and relationships.  How money was something to be made but never held on to.  And, finally, how the love of a good woman can ultimately change a man, redeem him, and save his life.