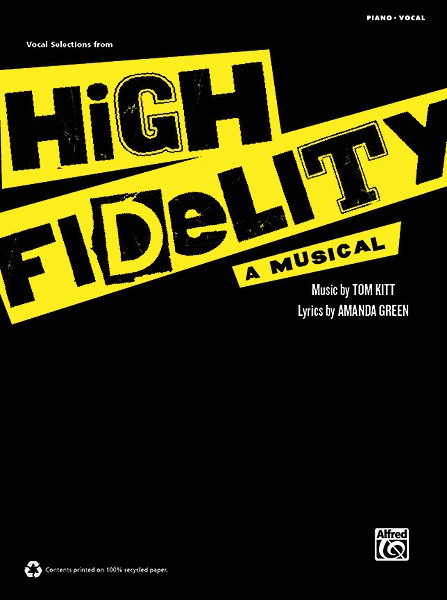 Based on the Nick Hornby novel of the same name, the 2006 Broadway musical High Fidelity features a pop/rock-driven score by Tom Kitt (Next to Normal) with lyrics by Amanda Green.
Despite the production’s short life on Broadway, songs from the show have become favorites among the musical theatre community for auditions and performances.