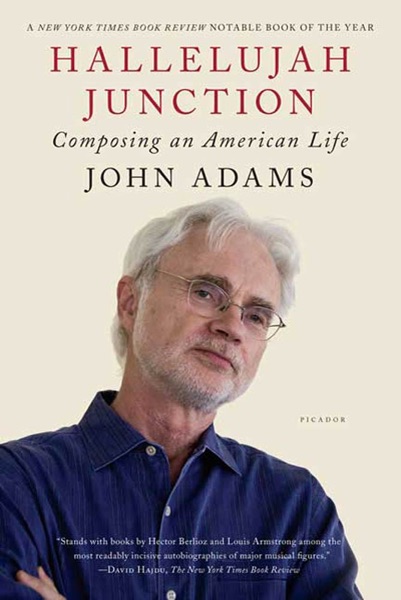 John Adams is one of the most respected and loved of contemporary composers, and “he has won his eminence fair and square: he has aimed high, he has addressed life as it is lived now, and he has found a language that makes sense to a wide audience” (Alex Ross, The New Yorker). Now, in Hallelujah Junction, he incisively relates his life story, from his childhood to his early studies in classical composition amid the musical and social ferment of the 1960s, from his landmark minimalist innovations to his controversial “docu-operas.” Adams offers a no-holds-barred portrait of the rich musical scene of 1970s California, and of his contemporaries and colleagues, including John Cage, Steve Reich, and Philip Glass. He describes the process of writing, rehearsing, and performing his renowned works, as well as both the pleasures and the challenges of writing serious music in a country and a time largely preoccupied with pop culture.

Hallelujah Junction is a thoughtful and original memoir that will appeal to both longtime Adams fans and newcomers to contemporary music. Not since Leonard Bernstein’s Findings has an eminent composer so candidly and accessibly explored his life and work. This searching self-portrait offers not only a glimpse into the work and world of one of our leading artists, but also an intimate look at one of the most exciting chapters in contemporary culture.