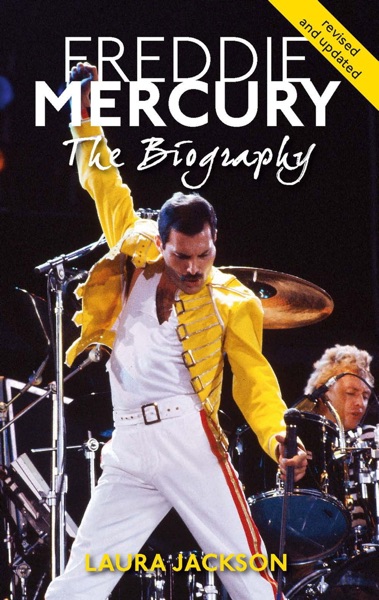 ‘An outstanding biography. . .a fitting testament to the creative genius’ — Daily Mail

This fascinating biography of Freddie Mercury has received outstanding acclaim from Queen and rock fans worldwide — now revised and updated to coincide with the release of the film about his life, Bohemian Rhapsody.

Born Farrokh Bulsara on the island of Zanzibar, Freddie Mercury rose to worldwide stardom as the lead singer of Britain’s biggest music act of all time. In this bestselling biography, Laura Jackson reveals the reality behind Queen’s flamboyant frontman and lead singer, as she looks behind his unique brand of showmanship to discover who Freddie Mercury really was.

Featuring exclusive interviews with some of those closest to Freddie right up until his tragic death, original Queen members and many others — including new and intimate stories from Tim Rice, Richard Branson, Cliff Richard, Bruce Dickinson, Mike Moran, Wayne Eagling, Zandra Rhodes and Susannah York — this is the definitive biography of one of rock’s greatest legends.