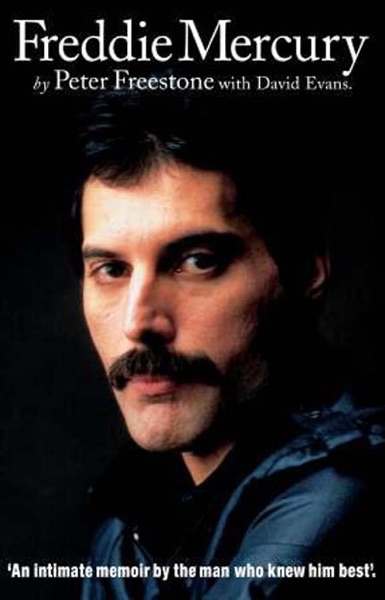 An intimate memoir of the flamboyant Queen singer by the man who knew him best.

Peter Freestone was Freddie Mercury’s Personal Assistant for the last 12 years of his life. He lived with Mercury in London, Munich and New York, and he was with him when he died.

In this book, the most intimate account of Mercury’s life ever written, he reveals the truth behind the scandalous rumours, the outrageous lifestyle and Mercury’s relationships with men, women and the other members of Queen.

From the famous names – including Elton John, Kenny Everett, Elizabeth Taylor and Rod Stewart – to the shadowy army of lovers, fixers and hangers-on, Peter Freestone saw them all play their part in the tragi-comedy that was Freddie Mercury’s life.

Freestone lived with Mercury in Europe and America for over a decade. From the East 50s apartment in New York to Kensington Lodge, the house in London where Mercury died – not to mention innumerable international hotel rooms and apartments in between – Freestone was always on hand to serve and protect the man he had first met in the Biba department store in the early 1970s. Then Queen was a largely unknown band. Soon it would be the most glitzy of glam rock bands. Freestone saw the fame arrive and with it the generosity, the excess, and the celebrity friends who came and went.

“I was chief cook and bottle washer, waiter, butler, valet, secretary, amanuensis, cleaner, baby-sitter… and agony aunt,” he writes. “I shopped for him both at supermarkets and art markets, I travelled the world with him, I was with him at the highs and came through the lows with him. I saw the creative juices flow and I also saw the frustration when life wasn’t going well. I acted as his bodyguard when needed and in the end, of course, I was one of his nurses.”

Freestone’s bet-selling account of a talented and extravagant star’s life and death is compelling, entertaining and ultimately, very touching.

Illustrated with many photos from personal and Freestone’s own archives.

“An entertaining and thought provoking read” – PRS for Music Sales

“This collection of Freddie’s own words is the closest thing there is to an autobiography of a man with no regrets. The foreword is written by his mother” – reFRESH magazine, Leading Gay mag in the UK