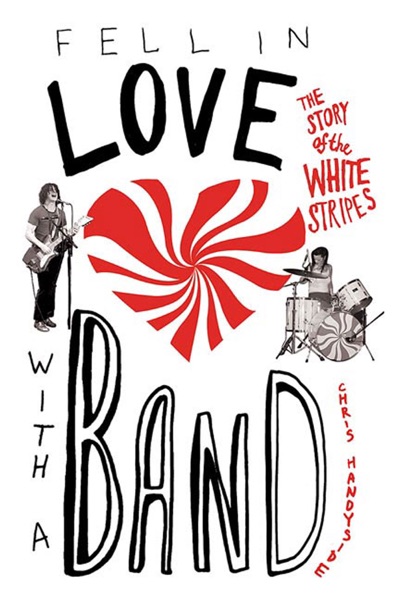 With only two members and no bass player the White Stripes certainly seemed like the ultimate makeshift band. So how is it that this enigmatic couple—who publicize themselves as brother and sister though official documents say they’re ex-husband-and-wife—became a multi-platinum musical sensation? From their early days as the darlings of Detroit rock scene to their current status as MTV celebs, they’ve defied expectations every step of the way. How did it happen that the simple idea of staying true to a lo-fi, blues-based sound became a revolutionary idea in the age digital conformity and complex studio production?

Fell in Love with a Band: The Story of the White Stripes is the first biography by a Detroit journalist who has followed their career since the group’s inception in 1997. From Meg White’s novice attempts at banging the drums to their current incarnation as the face of indie rock. With never before seen photos and exclusive interviews with members of Detroit bands like Blanche and The Von Bondies, Fell in Love with a Band gets to the heart of this enigmatic rock band and for the first time tells the real story of their rise to fame and the power behind their sound.