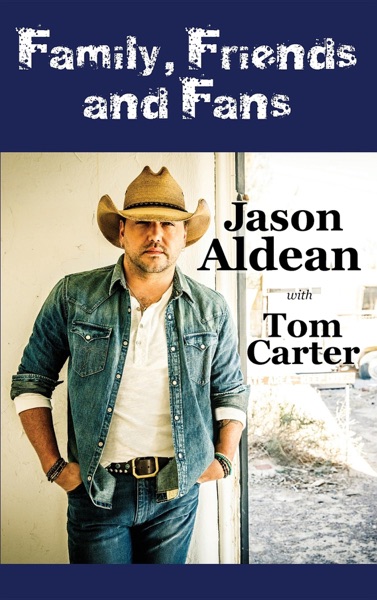 Country music star Jason Aldean spent his adolescent years singing in rowdy bars, unaware that they would be his first steps toward achieving icon status.  Riding in rickety vans from show to show with his dad, the troubadour juggled his schedule to accommodate school, baseball, working for spare money and playing in dives.

Through fate and persistence, Jason was “discovered” in a nightclub by rising record producer Michael Knox, who urged him to move to Nashville where the two could foster a signature sound.  Neither knew that their hybrid productions would become resounding anthems for today’s avid country music fans.

From there, life took some quick, dramatic and sometimes unpredictable turns.  Through it all, Jason amassed a litany of experiences — including speckled memories he’d like to forget, and others he’d like to repeat.

In Family, Friends and Fans, Jason looks back at the things that brought him where he is today, and that continue to shape his future.  With wisdom, warmth and humor, Jason shares recollections he derived from people with whom he has bonded during his life and career.

Jason’s first book is a musician’s diary set to prose, an entertaining and invaluable manifesto that will uplift the people who’ve given him so much enlightenment and fulfillment — his family, friends and fans.

He hopes the tales and memories contained in this work will touch and enhance his readers’ lives, just as they did his.