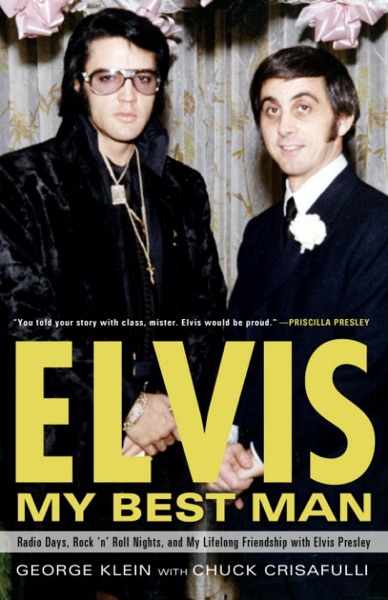 When George Klein was an eighth grader at Humes High, he couldn’t have known how important the new kid with the guitar—the boy named Elvis—would later become in his life. But from the first time GK (as he was nicknamed by Elvis) heard this kid sing, he knew that Elvis Presley was someone extraordinary. During Elvis’s rise to fame and throughout the wild swirl of his remarkable life, Klein was a steady presence and one of Elvis’s closest and most loyal friends until his untimely death in 1977.

In Elvis: My Best Man, a heartfelt, entertaining, and long-awaited contribution to our understanding of Elvis Presley and the early days of rock ’n’ roll, George Klein writes with great affection for the friend he knew—about who the King of Rock ’n’ Roll really was and how he acted when the stage lights were off. This fascinating chronicle of boundary-breaking and music-making through one of the most intriguing and dynamic stretches of American history overflows with insights and anecdotes from someone who was in the middle of it all. From the good times at Graceland to hanging out with Hollywood stars to butting heads with Elvis’s iron-handed manager, Colonel Tom Parker, to making sure that Elvis’s legacy is fittingly honored, GK was a true friend of the King and a trailblazer in the music industry in his own right.