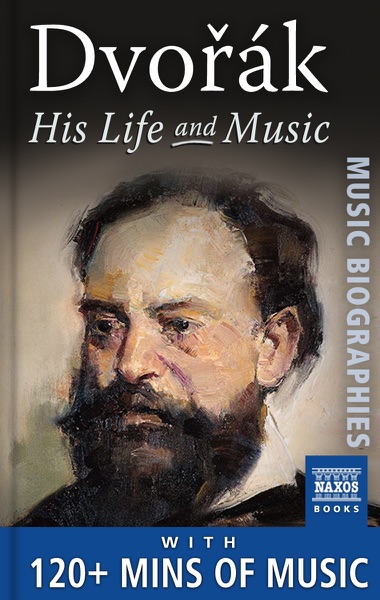 Dvořák is one of the giants of nineteenth-century music. His ‘New World’ Symphony is among the best loved works in the classical repertoire, and his inexhaustibly rich and varied output remains a staple of concerts and recordings across the globe. Catapulted to international fame by the runaway success of his Slavonic Dances, Dvořák was, by the end of his life, one of the world’s most celebrated composers. Yet his proudest boast was that he remained at heart ‘a simple Czech musician’, as inspired by the folk traditions of his native land as by the masterworks of Mozart, Beethoven and Wagner. This book traces the course of an extraordinary creative career that embraced the peasant music-making of rural Bohemia, the grand receptions of Victorian England and the dynamism of fin-de-siècle New York to shape the most versatile, and perhaps the most human, genius in the annals of late Romanticism.

This biography comes with 2½ hours of music by Dvořák. Audio samples are contained in the text: just touch to play them while you read!