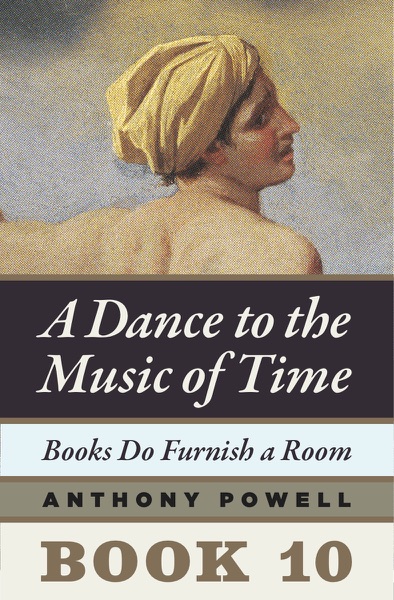 The tenth volume, Books Do Furnish a Room (1971), finds Nick Jenkins and his circle beginning to re-establish their lives and careers in the wake of the war. Nick dives into work on a study of Robert Burton; Widmerpool grapples with the increasingly difficult and cruel Pamela Flitton—now his wife; and we are introduced to the series’ next great character, the dissolute Bohemian novelist X. Trapnel, a man who exudes in equal measure mystery, talent, and an air of self-destruction.