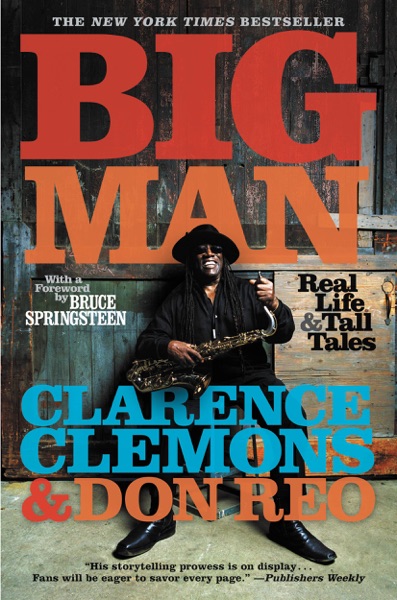 For the first time ever comes the inside story of Clarence “Big Man” Clemons–his life before, during and beyond the E-Street Band, including unbelievable, never-before-told adventures with Bruce Springsteen, the band, and an incredible cast of other famous characters recounted by himself and his best friend, television writer/ producer Don Reo.

Here are just a few things you’ll get from reading it:
The truth behind the final hours of making Born To RunThe real story of how the E-Street Band got its nameWhat happened when Clarence and Ringo Starr were sitting in a hotel room and Clarence got the call that Bruce was breaking up the bandHow Bruce and Clarence met that dark, stormy night at the Student PrinceThe E-Street band’s show at Sing-Sing prison where all of their equipment blows out right as they take the stageThe secret that Robert De Niro told Clarence and Bruce they had to keep for 25 yearsBut that’s merely a glimpse. This is not your average rock book. It is something creative, something unique, something new. It is the story of E-Street. It is the story of stories. It is the story of the Big Man.