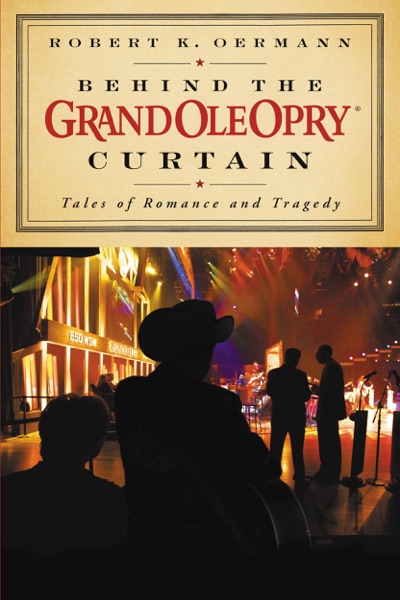 The Grand Ole Opry has been home to the greatest legends of country music for over eighty years, and in that time it has seen some of conutry music’s most dramatic stories unfold.
We’ll hear of the great love stories ranging from Johnny Cash and June Carter in the 1960s to Garth Brooks and Trisha Yearwood, who married in 2005. We’ll get the truth of the tragedies that led to the loss of three stars all in the same month, starting the rumor of the “Opry Curse.” We’ll learn how after being stabbed, shot, and maimed, Trace Adkins calls his early honky-tonk years “combat country,” and we’ll find inspiration from DeFord Bailey, an African American harmonica player in 1927 crippled by childhood polio who rose to fame as one of the first Opry stars. Our hearts will break for Willie Nelson, who lost his only son on Christmas Day, and soar for Amy Grant and Vince Gill, who found true love.
Based on over 150 firsthand interviews with the stars of The Grand Ole Opry, these are stories that tell the heart of country–the lives that are lived and inspire the songs we love.