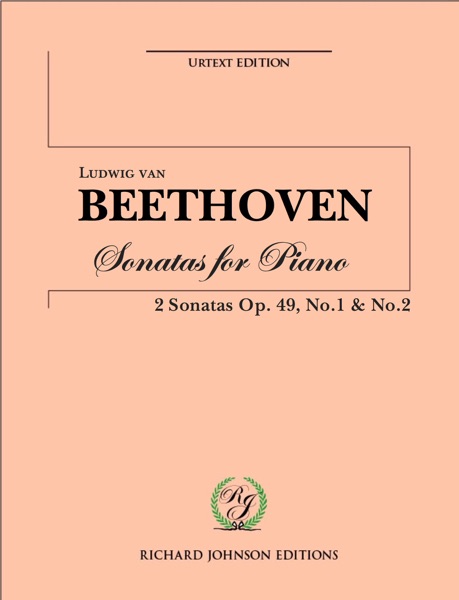 All of the works in the Richard Johnson Editions catalogue are newly engraved, urtext editions. Sources for the musical text include first editions, original manuscripts, and the most recent urtext editions and critical commentaries. The fingerings and music engraving are by the editor, Ephraim Hammett Jones.

Fingerings in italics are the composer’s, all others are the editor’s. Alternate fingerings are enclosed in parentheses.

Musical elements enclosed in brackets (dynamics, articulations, trill endings, expressive terms and instructions) were added only in places where they are present in parallel or corresponding passages within the same movement. Noteheads between brackets represent notes that were either not in the range of the composer’s instrument at the time of composition, or may be missing because of an engraving error in the resource used. Measure numbers have been added to assist in consulting the various critical commentaries available.