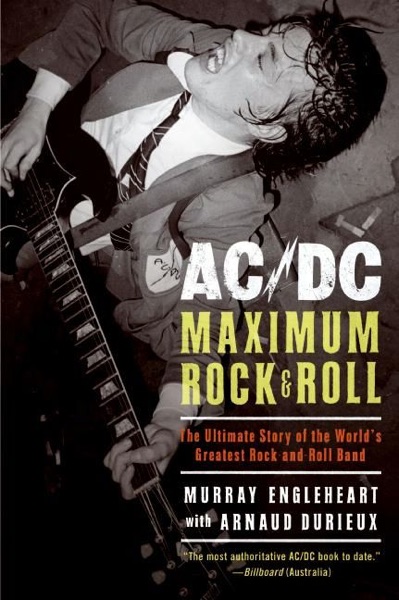 Over three decades and more than 150 million albums, AC/DC has established itself as much more than just a great rock band. For millions of fans spanning several generations across the world, they are an ear-bleedingly loud, sweat-soaked religion, courtesy of such classic albums as Highway to Hell and Back in Black.

Now, in a book of astonishing breadth and scope, comes, for the very first time, the complete story of AC/DC. Everything you ever wanted to know and plenty more you never dreamt of is all here, the ultimate balls-out adventure, laced with sex, drunken escapades and brawls. It’s a journey that started in the suburban Sydney, Australia, bedrooms of brothers Malcolm and Angus Young, boys who could wreak havoc with their guitars. Over their power chords were the lyrics and voice of Bon Scott, who would lead them higher and higher—until his tragic death in 1980. The bittersweet irony after his death was that not only did the Youngs manage to hold together without him, but the band’s fortunes and status skyrocketed with his replacement, Brian Johnson, and the album Back in Black.

Five long years in the making, AC/DC: Maximum Rock & Roll is sourced from more than 1,300 interviews the band has given over the past thirty years combined with in excess of 75 of the authors’ own interviews with those who worked with AC/DC both in the studio and on the road—many of whom have never spoken about the band publicly. It’s topped off with stunning, never-before-seen photos to create the ultimate portrait of the ultimate rock band.