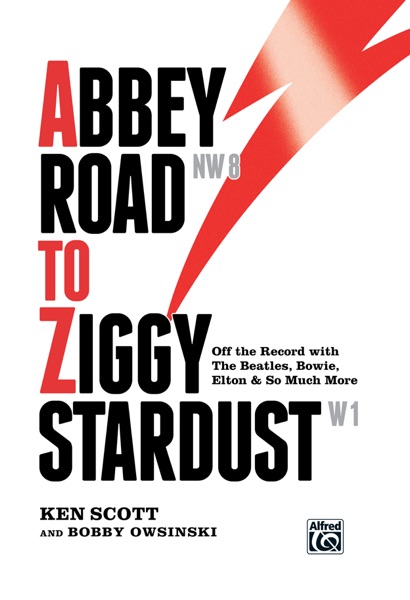 Turn on any classic rock station and you’ll soon hear a song that Ken Scott worked on. As one of the preeminent recording engineers and producers of the 20th century, Ken has garnered Gold, Platinum, and Diamond record sales awards; multiple Grammy nominations; and even a Clio Award (for his recording of the classic Coke ad “I’d Like to Teach the World to Sing”). Abbey Road to Ziggy Stardust shares Ken Scott’s intimate memories of working with some of the most important artists of the 20th century, while crafting a sound that influenced generations of music makers.

Ken’s work has left an indelible mark on hundreds of millions of fans with his skilled contributions to Magical Mystery Tour and The White Album. As producer and/or engineer of six David Bowie albums (including the groundbreaking Ziggy Stardust and the Spiders from Mars) as well as other timeless classics, the sound Ken crafted has influenced several generations of music makers that continues to this day. Ken captured the sonic signatures of a who’s-who of classic rock and jazz acts, including Elton John, Pink Floyd, Jeff Beck, Duran Duran, The Rolling Stones, Lou Reed, America, Devo, Kansas, The Tubes, Missing Persons, Mahavishnu Orchestra, Billy Cobham, Dixie Dregs, and Stanley Clarke.

This is his story, complete with funny, provocative, and oh-so-honest tales of the studio, stage, and even an infamous swimming pool incident. Never-before-seen photographs and technical details make this book a must-have for every music fan.