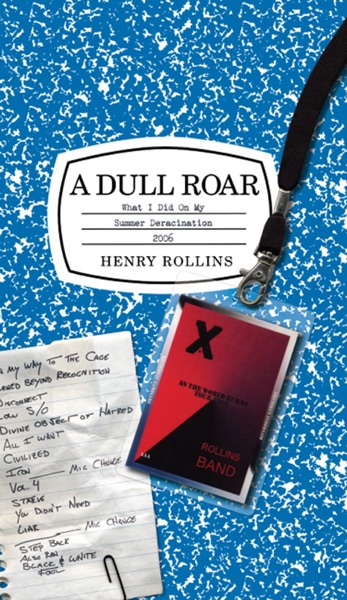 A Dull Roar chronicles a tumultuous five-month period in Henry Rollins’ life. During April through September 2006, he reunited with the Rollins Band, prepared for and toured North America with them, wrapped up the second season of the The Henry Rollins Show, filmed Wrong Turn 2, and slaved over his radio show, Harmony in My Head. Although comprised of Rollins’ daily journal entries, the book is far more than a day-to-day account of this brief but hectic period. As he confronts his feelings about reuniting with his former bandmates, Rollins reflects on music, the industry, current affairs, and other topics in his typically outspoken, irreverent, and combative fashion.